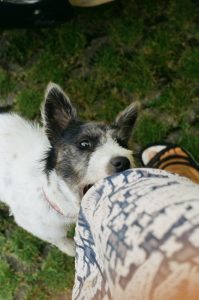 Dog owners have a duty and responsibility to keep others reasonably safe around their pet. When they fail to do so, accidents and attacks can occur.

If you or a loved one was bitten by a dog, or other pet resulting in serious, life-altering injuries, The Ledezma Law Firm can help you fight for your rights. Many people have dogs such as pit bulls, rottweilers and German shepherds which if not properly trained can be very dangerous. We strive to hold dog owners and responsible parties accountable when their negligence causes you harm.

Our Juno Beach dog bite attorneys are committed to fighting to get you the full and fair compensation that is owed.

The state of Florida recognizes strict liability regarding dog bite cases. Under strict liability, a dog owner may be held liable for injuries sustained in a dog bite incident whether or not the owner had prior knowledge of or reason to believe that his or her dog might bite another person. In other words, a dog owner is almost always responsible for any injuries his or her dog causes to someone else. Unlike the “one bite” rule, the dog does not have to have a history of attacking or biting in order for the owner to be held responsible under strict liability regulations.

Exceptions to this Strict Liability Rule

However, if you were attacked or bitten by a dog while legally in a public or private space and were not provoking the dog in any way (such as poking, hitting, or slapping the dog), you are most likely entitled to recover damages for your injuries and associated costs.

If you are unfortunately bitten by a pet, it is very important that you seek medical attention immediately. Even if you believe your injuries are relatively minor, it’s prudent to have them looked at by a trained medical professional. In some cases, injuries may not even appear until hours or days later, which is why it’s a good idea to have a doctor perform an examination after the incident. Also, documenting your visits to a medical facility will corroborate your pain complaints which can also prove beneficial to the outcome of your case.

It is also highly important that you report the dog bite to the local authorities. Failing to do so can adversely affect your case. To report the incident, you can contact the police or the local county animal control. You may report the dog bite from the medical facility where you are receiving treatment which is probably the easiest and best way to do so.

There are an estimated 80 million dogs owned as pets in this country. Of those, about 6 percent are involved in some type of biting incident every year. That works out too many millions of dollars’ worth of hospital bills, lost productivity and wages and other expenses.

Depending on where the bite occurred, the dog owner’s homeowner insurance or renters’ insurance may provide coverage. Many policies outright exclude dogs (or have a “one-bite” exclusions or breed-specific exclusions) or lack adequate limits for the victim. It is recommended that dog owners secure umbrella coverage, excess coverage, or some type of canine liability policy to in order to avoid personal liability.

Dog owners who fail to obtain adequate insurance coverage are at risk of filing for bankruptcy and loss of their home and other assets if their canine bites and seriously injures someone.

According to a study from the Center For Disease Control (CDC), approximately 4.5 million dog bites occur in the United States each year, and 800,000 of those bites result in the need for medical care. The U.S. population is approximately 331 million people as of 2020. That means a dog bites 1 out of every 73 people.

The Nationwide figures are as follows:

What happens When Dog Owners Don’t Have Insurance?

When dog owners do not have any type of insurance that may cover the victim’s injuries, recovery of damages gets difficult. Many times, the attorneys at the Ledezma Law Firm will have to sue the owners personally but most people are not liquid or have a lot of assets. Dog bite injuries can lead to serious injuries which in turn leads to excessive medical bills. We understand the stress and anxiety a victim may experience. The attorneys at the Ledezma Law Firm will be with you every step of the way.

For Dog Owners Without Insurance Some Possible Options for Victims Include

You can sue a dog owner for recovery of damages by going after their assets. If the dog owner owns a home or other property, these assets could be seized and sold to cover the damage award to the victim. You can sue a landlord if the dog owner was a renter who lacked adequate insurance. In some cases, landlords can be liable for dog bite injuries that occur on their property if they were in some way negligent or had some degree of control over the animal. Suing someone other than the owner who may be legally liable is an option which may include a friend or ex who co-owns the dog or a rescue group that issued a faulty contract that stipulates they are still actually the legal owner.

If you or a loved one has been injured in an animal bite accident, you may be entitled to receive compensation for your pain and suffering. The Palm Beach Gardens, Juno Beach and Jupiter personal injury attorneys of The Ledezma Law Firm handle litigation across the State of Florida. Learn more about victims’ rights and to discuss the possibility of filing a dog bite accident lawsuit by contacting the dog bite accident lawyers at the Ledezma Law Firm today at (561) 454-9727.