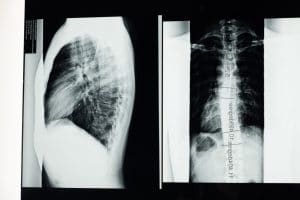 Our attorneys at the Ledezma Law Firm handle cases involving broken bones and fractures from most kinds of accidents.

The sacroiliac (SI) joints are formed by the connection of the sacrum and the right and left iliac bones. The sacrum is the triangular-shaped bone in the lower portion of the spine, centrally located below the lumbar spine. While most of the bones (vertebrae) of the spine are mobile, the sacrum is made up of five vertebrae that are fused together and do not move. The iliac bones are the two large bones that make up the pelvis. As a result, the SI joints connect the spine to the pelvis. The sacrum and the iliac bones (ileum) are held together by a collection of strong ligaments.

There Are Several Orthopedic Provocation Tests That Can Rule Out Or Identify The Sacroiliac Joint As The Pain Source, Including:

As noted above, the sacroiliac joint is confirmed as the pain source if a combination of movement tests reproduces a similar pain response over the involved SI joint and, other causes have been ruled out.

Traumatic injury such as a sudden impact, such as a motor vehicle accident or a fall, can damage your sacroiliac joints. The Ledezma Law Firm handled many cases in the past where our clients hurt their sacroiliac joints. In both cases, the passengers were seated in the front passenger seat of a vehicle and when impact occurred their feet were pressed on the floor so hard that there was undue pressure on the SI joints. This undue pressure caused damage to the SI joints. Magnetic resonance imaging (MRI) is not very good at diagnosing this type of injury. As discussed above, special testing must be done to properly diagnose this injury.

If therapy is not resolving the pain then injections and at times surgery is needed. The two types of surgery are as follows:

SI joint injuries require an attorney with extensive knowledge of the anatomy of the joint and the ability to demonstrate the seriousness of the injury to insurance companies and juries. As such, it is important to hire an attorney that has experience handling SI joint injury cases.